The Most Reverend Carmel Henry Carfora, was the first bishop of the Old Roman Catholic Church in America. Archbishop Carfora entered into the Eternal Kingdom in 1958 and was laid to rest at Irving Park Cemetery in Chicago, Illinois. At one time a tombstone marked the final resting place of this great servant of Holy Mother Church. Unfortunately, due to repeated defacing and vandalism, the cemetery was forced to remove the tombstone.
It was with great honor that the Old Roman Catholic Diocese of Chicago under the leadership of the V. Rev. Nioclás Kelly OSF that a new memorial was placed, blessed and dedicated on the 11th of October 2015. 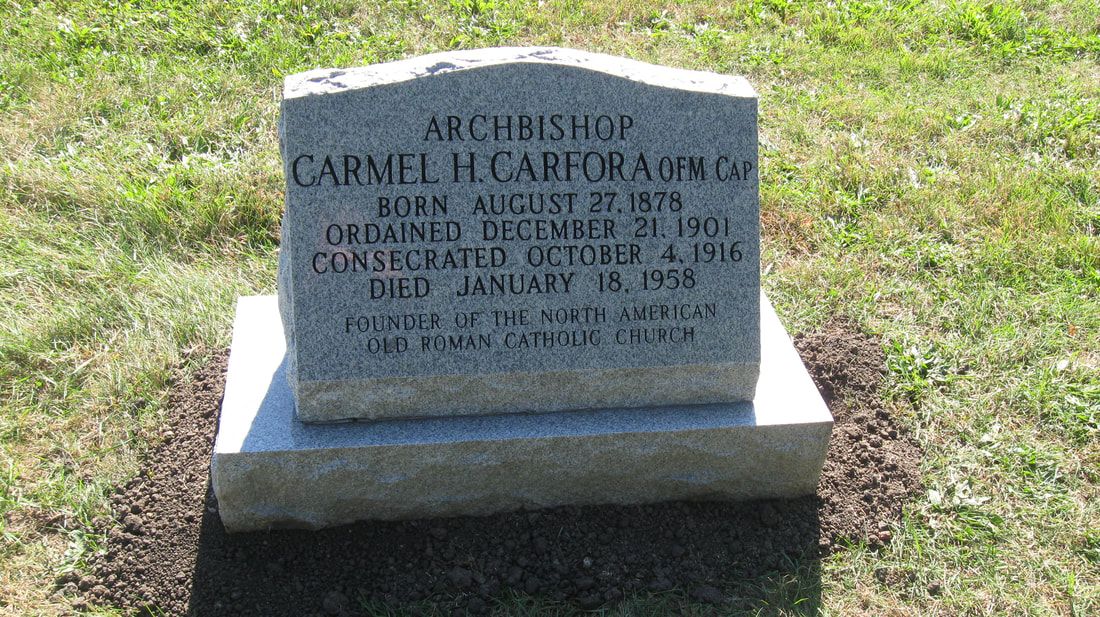